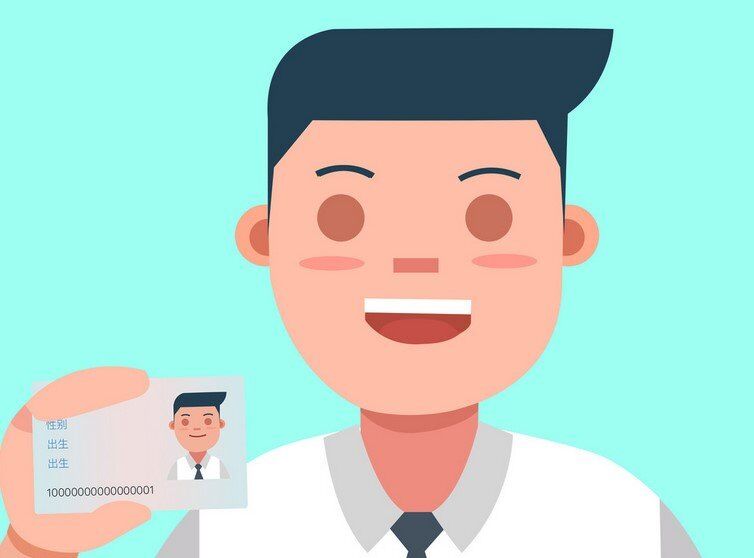 Guide to Spotting Fake IDs in 2022

Fake ID is a serious issue in the US. Based on the latest data 1.000 fake driver’s licenses were found in over 20 states, including California, Ohio, South Carolina, Indianapolis, and Michigan. Most fake IDs were for college students and teenagers. They try to use a fake ID to get into bars, purchase alcohol, and purchase tobacco products.

Investigators also explain that it also can be related to fraudulent protection, immigration, human trafficking, and other issues. So, can you spot a fake ID? The information below explains how to spot a fake ID manually and virtually.

A fake ID is when a person asks a specific fake ID service to create an ID just like the real one. The services use advanced technology to make this fake product look so real. At a glance, it will be difficult to differentiate between a real ID and the best fake id.

The shocking part is that you can order this product online. The process is easy, fast, and even affordable. Indeed, you have to know the way to spot fake IDs, especially if you are a retail clerk, bank teller, and police officer who has to authenticate and identify documents manually.

3 Ways to Tell if an ID is Fake

The first thing to do to detect an ID is by checking it with your naked eye. There are several parts of the ID you should check to ensure whether it is fake or real.

Then, tilt the ID back and forth to check the hologram. The holographic image often consists of state seals, state flags, or historical references to that jurisdiction.

You should be aware if the ID card is using a generic hologram, such as lock-and-key icons or words, such as authentic or secure. The government rarely uses such a holographic image for a driver’s license or other ID cards.

A real ID has to be durable. It is because the ID contains UV imagery and other holographic images. That’s why the states will use high-quality laminate to protect the crucial parts of the ID.

So, how do you detect whether a driver’s license is using a low-quality or professional-grade laminate? Gently bend the card and check the condition. You will see bubbles in an ID with low-quality laminate.

Another element that is hard to imitate by fake ID card services is a UV image. This image will only appear when using light on the ID.

Most states apply this image on the front or back of the ID card. The image varies, including the phone of the cardholder and the name of the issuing state.

An original ID card also contains small holes. It is known as laser perforation. You can only see the holes when using a direct light to the ID. The images are different depending on the issuing jurisdiction.

Most officers are careless about this element because it is not visible to the naked eyes. That’s why you should prepare a flashlight anytime you want to check an ID card.

It is called microprinting because the text is printed so small on the card. You even have to use a magnifier to see the text. At a glance, this microprinting text looks like the background pattern of the ID.

2. How to Spot Fake ID by Asking Questions and Checking Their Gestures

This method can be used effectively if you are trained as a doorman or Bouncer for validating id cards. Most establishments and businesses hire experts to detect fraudulent ids. There are several crucial questions you can ask a cardholder.

For example, ask them about their date of birth, their middle name, and the year of their high school graduation. You should also do it when the cardholder is coming with friends. Ask them the cardholder’s name. Indeed, they are using a fake ID when incorrectly answering the questions. Some fake ID cardholders often directly hesitate because they are too anxious.

1. Check any Possible Signs of Anxiety

In case a cardholder can answer the question, look at the signs of anxiety. People who bring fake ID cards often avoid eye contact because they feel anxious. Some others are also shaking or showing uncommon behaviors.

They show these signs because they fear getting caught. Be aware if they often purse their lips or touch their face when you talk to them. It is a simple sign that they are lying.

2. Compare the Image with the Cardholder

Another simple way how to spot a fake ID is by comparing the image on the ID card and the cardholder. Indeed, an original ID card will have a good fake id photo that is the same as the face of the cardholder.

The image can be a bit different due to age, but in general, the facial shape is the same. Focus on the parts that don’t change, such as the nose, ears, eyes, and chin. Image and the cardholder can be the same and even their outfit. Be suspicious because it can be indicated that they made the fake ID recently.

It can be a bit hard and tricky to do. That’s why you have to analyze it slowly. The simple way to do this trick is by focusing on something that remains the same in the description.

This is one of the unexplored secret step to detecting fake ids. Most people buy fake ids online and ask the fake id websites to make up custom signatures for them. Hence, it will not be possible for the fake ID holder to draw the same signature.

3. How to spot fake IDs Virtually

With the rise of internet technology, you can also check a fake ID online. All you have to do is visit the trusted websites maintained by the government. Follow the requirements and check the description of the card in a few minutes.

So, connect to the official website via your PC or smartphone device. Then, input the driver’s license number and contact information of the cardholder in front of you.

The system will say whether the card is valid or not. If it is not, the cardholder may give you a fake ID card. The information you get when input the driver’s license number and contact information is:

The driver’s license can be detected on the system but it is not valid. It means that the driver’s license is suspended, canceled, or expired. The driver is not allowed to operate any vehicle. They break the rule if driving a car by themselves to your area.

Just like the status, it means that the driver can only operate vehicles with an approved ignition interlock device. It is a breath-testing device that is connected to the engine ignition system. This device will automatically shut the vehicle off when the driver’s blood-alcohol level is above the limit.

A driver’s license with a W code explains that the driver is not allowed to operate any commercial vehicle in the United States due to a specific medical condition.

Be suspicious if the status of the driver’s license is not found after you enter the driver’s number and contact information. The cardholder may give a fake ID because the system can’t detect the data.  Indeed, you should learn how to spot a fake ID manually and virtually.

It helps you a lot to check a lot of IDs, especially in the peak season when many people want to enter your working area. It ensures that only classified people can enter the area. At the same time, you can also report the person to the police officer when they are using a fake ID.