Colorado was built for the wild, not for rule followers and people who have bedtimes. Why would you come to this adventurous state only to do what you’re told and stay on the beaten path? It’s hard to party all night long if you’re not 21, so be prepared to get creative.

Buying a Scannable fake Colorado ID from IDTop & getting around state laws is not a big deal if you have a bit of help under your sleeve.

We currently have the new Real ID and “NOT FOR FEDERAL IDENTIFICATION” Driver’s License for sale.

The Real ID is black instead of gold. – Instead of only having a gold circle with a cutout star, many Colorado IDs can show that they are Real IDs by having a black circle too. However, the gold option is a full gold star and not a circle. The black circle design is only for driver’s licenses, so fake ID makers should not use them on regular identification cards. Lazy designers will overlook this important detail, but we pay attention to details when creating our cards.

Green, yellow, and blue background design– Colorado’s ID background has a large design of a mountain, a valley, and a sunrise. The blue and white mountain is in the middle of the card while the green valley is printed on its bottom half, but the valley doesn’t touch the card’s bottom edge. The sunrise is directly above the peak of the mountain and is under the “ADO” of the word “Colorado.”

No header at the top of the card – Because of the full background image underneath the text and ID photo, this ID’s design has no header, just the word “Colorado” printed in green ink. To the right of the state’s name is “USA” but rotated 90 degrees. Our IDs have the state’s name placed correctly on the top of the card, and our ink doesn’t bleed into the background image.

If a person were to place our cards underneath a UV light, they would see that the background’s mountain range on the front of the card is outlined in UV ink. Also, within the outline is another UV image of the word “Colorado.” Not having this detail is a dead giveaway that the card is fake, and your ID might be taken by a bouncer.

Three photo images on the card – In total, the Colorado ID must have three ID photos, the full ID photo on the left, the ghost image on the corner right, and one ghost image on the back of the card. Ghost images can easily be spotted with black light and with the naked eye, so its placement is important. Also, the full photo must be black and white and not colored.

Curled Credentials of Colorado Driver’s License – The identification text is not in the middle of the card where the mountain range is, but at the bottom part of the card. The text is printed much smaller than the other text on the front, so if an ID maker only uses one font on the card, the bottom text will look extremely crowded and indicate that it is poorly made. We ensure that all of the text on our cards are printed in their correct font and won’t look out of place or crowded.

The city with the best nightlife in the entire state is Aspen. Although people usually think of this city as a winter destination for only rich tourists, it is also the city with the most bars and clubs that are right in an average person’s price range.

When you enter the city, you have to visit Belly Up, a blues club where cold drinks and live music are featured every weekend.

What are Colorado Laws Regarding Fake IDs?

The police in Colorado are warning residents that the consequences of possessing a fake ID in order to buy alcohol and gain entry into bars and clubs will be dire. The police have established relationships with many bars and clubs in major cities where fake IDs routinely appear.

The program is called Cops in Shops. When this program takes place in a venue that sells alcohol, the police are allowed to station undercover cops alongside bouncers.

The bouncers and undercover cops will detect fake IDs with police equipment and instantly arrest anyone who has them. Venues welcome this policy and actively work with the police because if they are caught accidentally allowing minors into their establishments, their business could have their liquor license suspended. Having their license suspended could result in thousands of dollars a day in revenue loss. 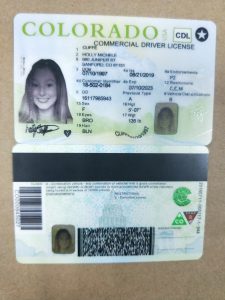 AmeliaDenver, CO.
We used IDGOD before but their ID never worked in real scenarios. My friend asked me to use IDTOP’s Colorado instate with great results. 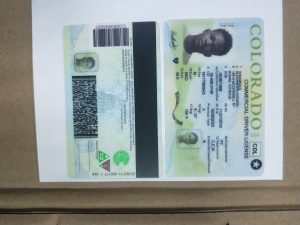 Be the first to review “Colorado Fake ID” Cancel reply